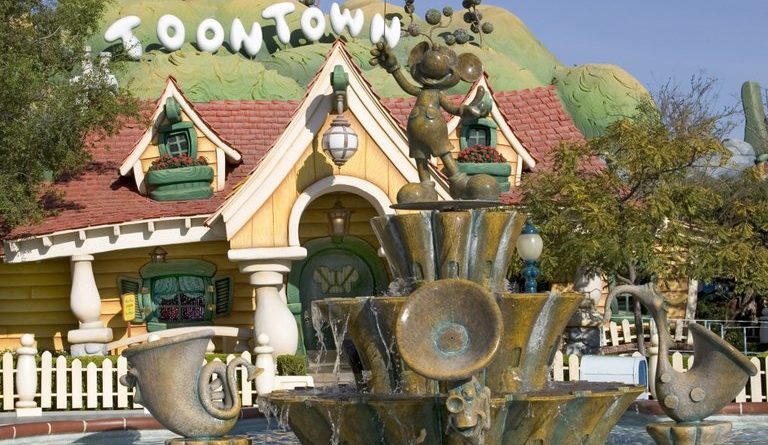 Here in this article, I will discuss my journey through the whimsy that is Toontown. Toontown is very unique as it actually has different Park hours than all the other lands in the park which kind of sets it. Apart it opens usually an hour later and closes an hour earlier than the rest of the park so plan accordingly. If you’re visiting Disneyland the very first time with children, This is a great place to come, Toontown. It’s designed for children basically by children, Disney Imagineers and it’s a lot of fun.

Toontown gets to be very crowded in the afternoon. So I’d recommend checking out early the morning or later in the evening when it’s less crowded according to Disney there are actually eight attractions in Toontown that might be a little misleading though because only two of those attractions are actually riding you have goofy’s go coaster coasters and also, Roger Rabbit”s cartoon. When we check out the other attractions, they have into town are more like meet and greets for Minnie and Mickey Mouse now. If you have little kids who want to meet Minnie or Mickey Mouse or Donald Duck or Daisy or goofy or Pluto, This is the place to do it. This is where the Fab five really hangs out legend has it well what was looking for a place to build Disneyland in 1952. 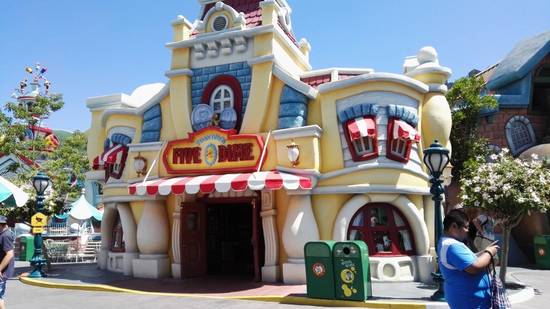 Mickey Mouse told him he could build it right next to his hometown Toontown but he had to keep Toon Town a secret so Walt did but in 1993 Mickey Mouse says let’s open up Toontown to the whole world. It is crazy The one rule that Imagineers had when they’re designing Toontown is they said no straight lines. They wanted everything to look like a cartoon feel like a cartoon and have a cartoon appearance. Toontown is actually divided into three areas. 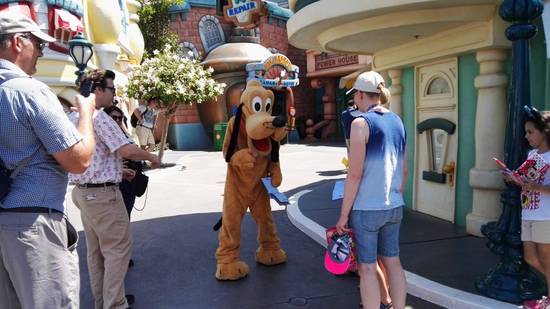 If we stand at the center, then Toontown lies right behind. And on the east side Mickey’s neighborhood is on the west side and toon square, well that’s right in the middle. Walt’s presence is everywhere even here in Toontown. And here is a library also and if you look up the window right up there in the window you can see  Laugh-o-gram films, a name is written over there. That’s the name of the first studio that Walt owned in Kansas City, Missouri Toontown was the first new land in Disneyland in 20 years when it debuted in 1993. There are all kinds of things for kids to do down here in Toontown. I’d tried to cover a few of the more popular ones and explain them here, but you need to discover some of them on your own. 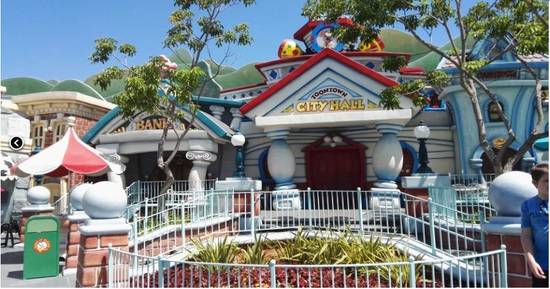 One of my personal favorite things at Toontown is the firework factory and there’s an actual firework factory Strike in it. Now, one of the most popular attractions in Toontown is Roger rabbit’s cartoon spin, And what they imagine is really did is they took two of their best rides and combined it. The teacups and Mr. Toad’s Wild Ride the line can be quite long but it’s actually enjoyable and goes through there are all kinds of things to see why you’re waiting in line. That’s actually part of the attraction. There are doors to knock on there are calendars to look at there are Cartoon characters to see while you’re waiting in line at the cartoons Roger Rabbits cartoon spin. 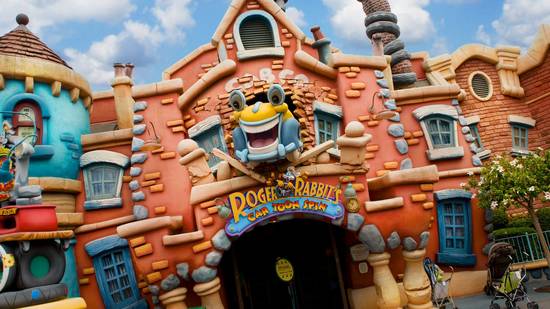 They have a whole bunch of license plates each one to represent a different Disney character. They’re kind of hard to find and hard to figure out, but once you see them then all of a sudden it becomes obvious. For example, there is I am late that would be the white rabbit of course another license plate is Rs 2 cat Aristocat. Another license plate you find is fan T. C fantasy my personal favorite and oh. Now a Roger rabbit’s cartoon spin. There’s the dip is what can kill a cartoon. It’s horrible we never want to make it, but here’s the recipe it’s one part benzoate one part a stone and one part turpentine nasty nasty stuff. No straight lines. Well, my favorite things are the electric companies door up he’s got open right there. When you reach at the City Hall and above city hall, you will see a clock you see that clock is Called the glockenspiel and it only rings and Dings when a character is going to be coming out to meet and greet its guests. 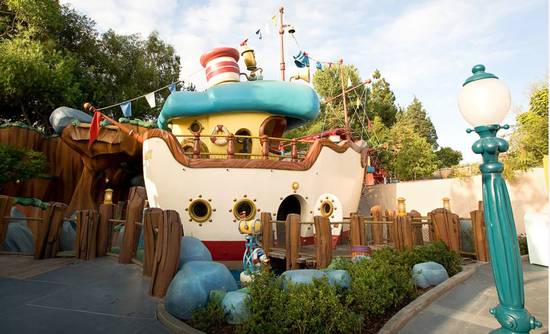 So on the west side of Toontown, you will see Mickey’s and Minnie’s houses. Also, Donald’s Duck boat, It’s actually inside Mickey’s house is an original photo of Walt Mickey. Nearby, you can find out an old piano, the player piano if you look at the notes. The player piano is actually little hidden mickeys Of course inside there has to be a tribute to Steamboat Willie Mickey is basically amazing at everything but apparently not darts So if you have a little one and you want to get them ready to start ready roller coasters the best roller coasters to start them on is the goofy go coaster right here in Toontown. The goofy go coaster is actually made up of all different discarded parts from toys. It’s a perfect introduction roller coaster here we go into Donald’s boat, well right there are the photos, the SS Miss Daisy Donald Duck is actually a mascot for Oregon Ducks, and that was a handshake deal that Walt did in 1947 it wasn’t until 1973 that they actually did a written deal saying that they can use Donald Duck as their mascot the Oregon Ducks was the only collegiate and professional team to have a duck as a mascot until 1993 when the Anaheim Ducks became the first professional team to use that name and Anaheim Ducks are owned of course by Disney. 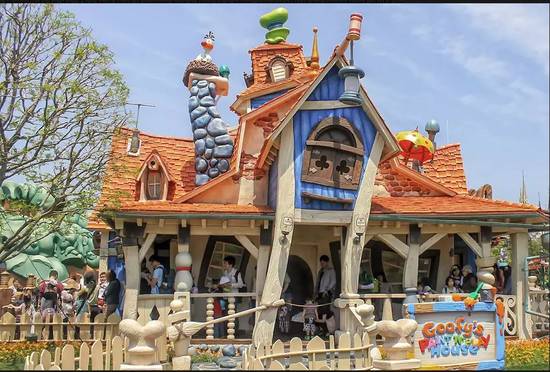 After that, you will find yourself in front of Goofy’s Playhouse. This is where you want to come if you’re a parent, and you have little kids Who’ve got a lot of energy, and you need some time to relax come right here Goofy’s playoffs. You could sit down put the kids in there and let them play so in the goofy play area you’ll notice it’s actually a little area of some pumpkin patches and some pumpkins right here. It’s designed to look exactly like Jack Lindquist the first president of Disneyland you’re looking good glasses at all. 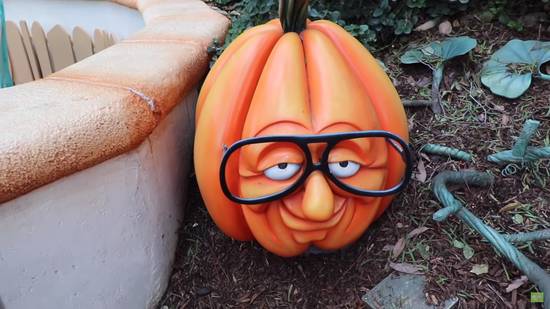 At the very end of Toontown, you can find Chip and Dale’s treehouse. Now if you have a hard time remembering which one’s chip and which one’s Dale. Here’s a little way to do that chip has a little teeny tiny black nose that looks like a chocolate chip. While you’re in Toontown, you have to come to the goofy water splat little water fountains listen to that what happens we push the button Each time you do it it makes a different center it used to be as you push the water button, the water would light up different colors letting you know what’s a flavor you would get depending on the color they don’t do that anymore. 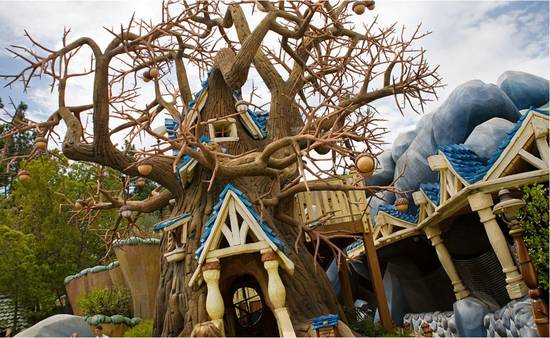 This is a Disneyland exclusive only found in Disneyland. They don’t have this in any of the other parks. You can notice There’s a little gold key on top you wind that key up to make it go each of the wheels is actually a different size so when It runs, it’s like a Wobble bubumb bump it would do a figure eight throughout Toontown nowadays It’s just stationed right here in the center Toontown and no longer runs But when it did it was pretty freak in the fun when construction began on Toontown They actually had to have little tiny 3d constructed Models of every single building they had ’em in little plexiglass right out here in front that way the construction people, the cun- what are they called? Construction guys who build a building that way everybody who’s working on buildings could sit there and look at it from every angle to you see how to build a building with no right angles and no straight lines It’s amazing actually to think about it so here We are in Minnie’s house, and there are lots of things to explore in Minnie’s house. 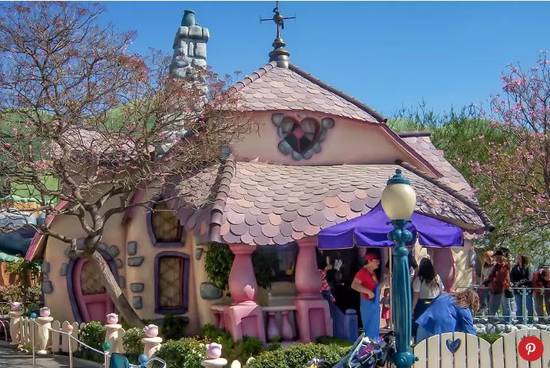 Let’s talk about the kitchen of Minnie Mouse. Every well-stocked Mouse needs to have cheese. True blue, Chip cheese, Philly cheesesteak, the Big Cheese Gouda, not so Gouda, you could actually watch a cake rise here at Minnie’s house And you want to see how dishes are done check this out Holly So here’s a little bit of trivia about minnies house. This is actually a true chocolate chip recipe right here But you’ll notice that what she’s done instead of using chocolate chips, she’s using Cheddar cheese chips, but somebody out there You need to make that recipe let me know if it’s good if you’re visiting Toontown on a really hot day one of the places you would like to visit is Mickey Mouse’s barn as it’s air-conditioned and take some time. also on right here on Toontown, we have they also sell on hot days Frozen treats right out a Goofy’s camper. Well, everybody, That’s all I have for Toontown I hope you guys enjoyed it as much as I did writing it and sharing my experience. Toontown is a unique Land you should experience it. It’s especially great when you have little kids and come through you see the eyes widen up and see all the wonders of Toontown now. 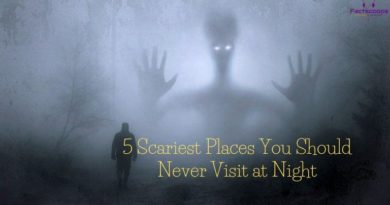 Top 5 Scariest Places You Should Never Visit at Night 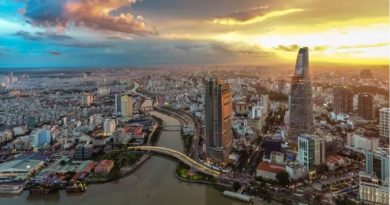 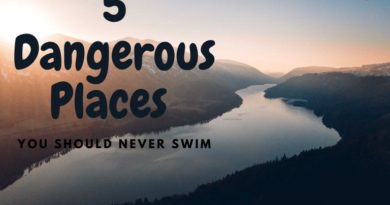 5 Dangerous Places You Should Never Swim